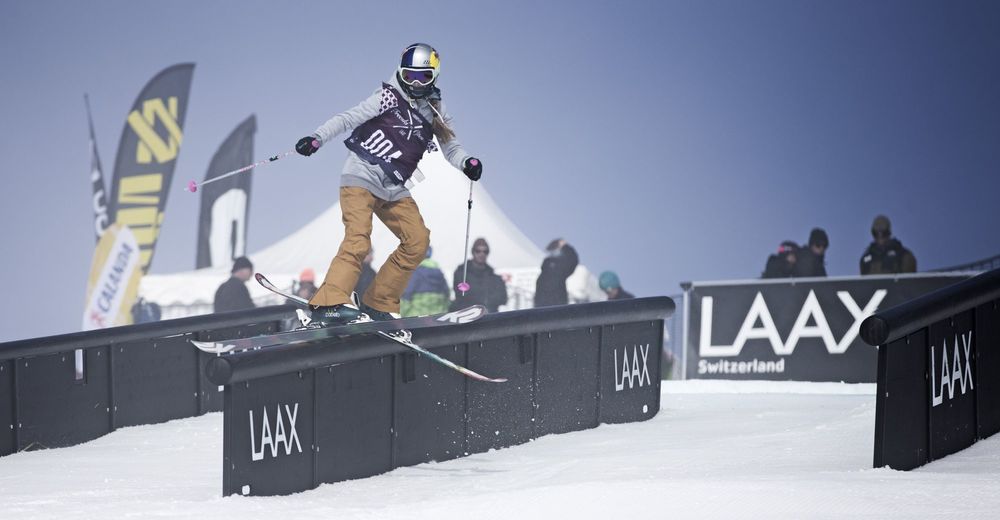 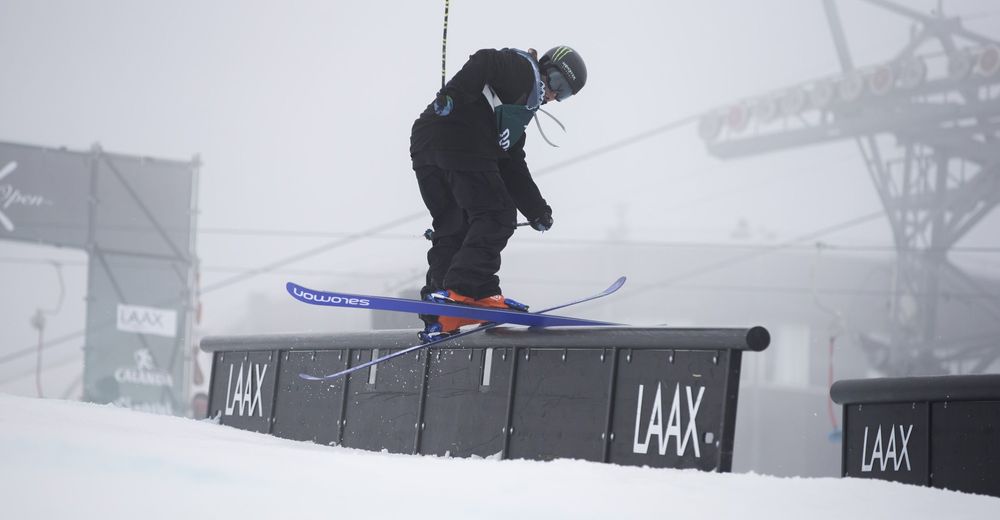 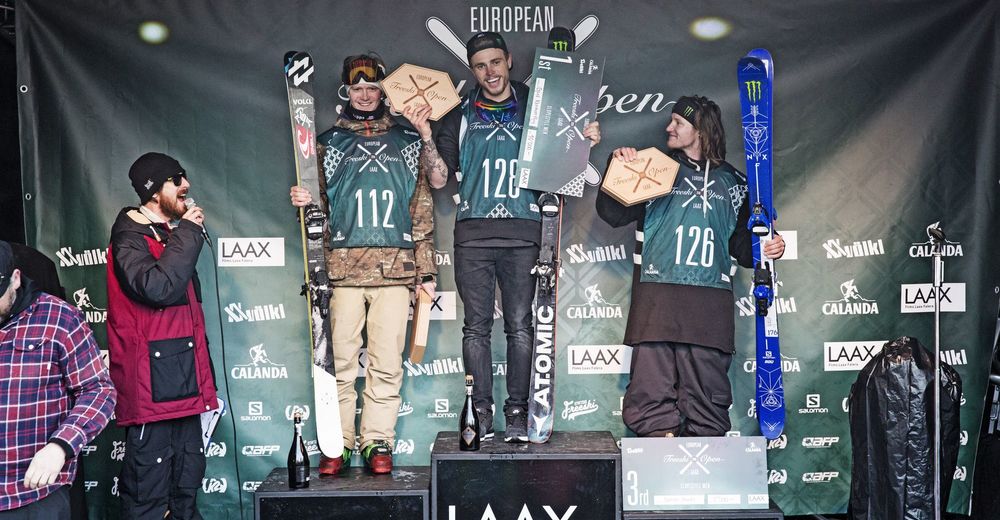 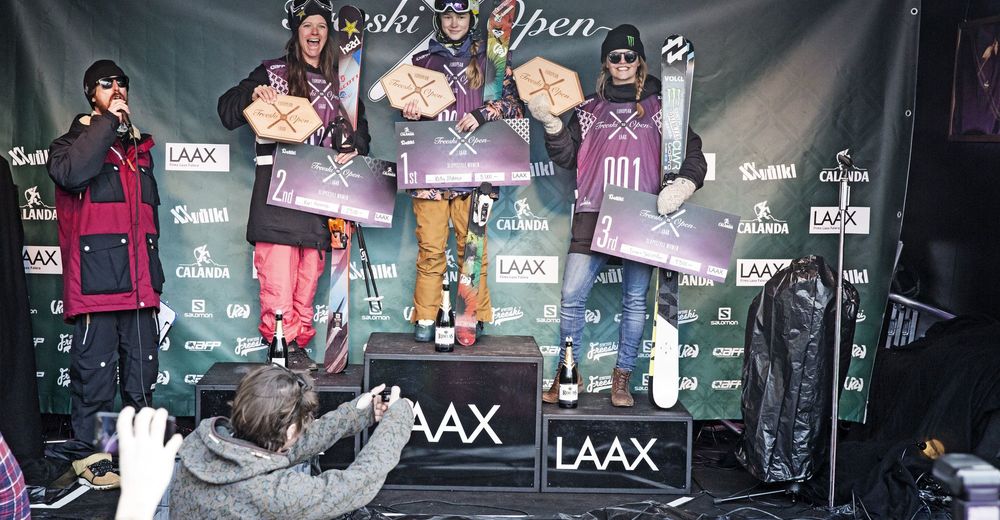 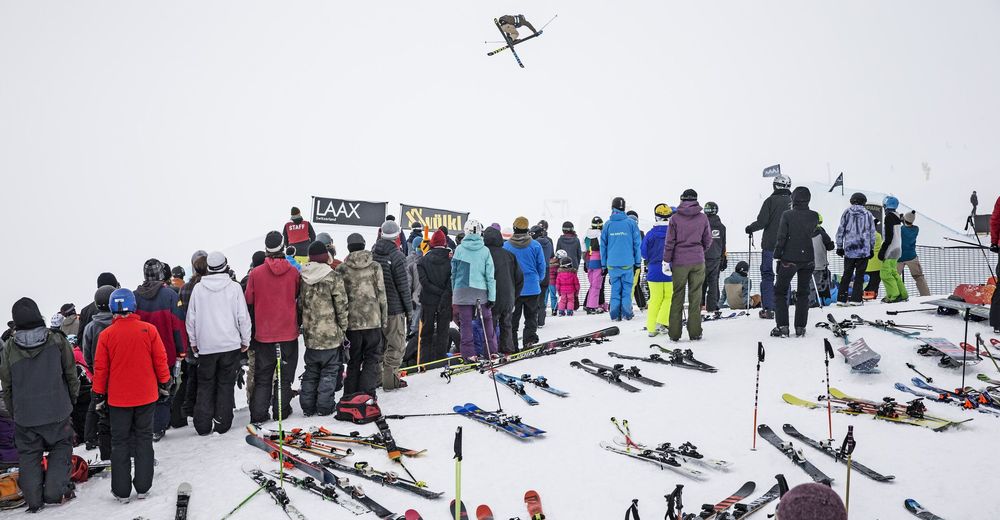 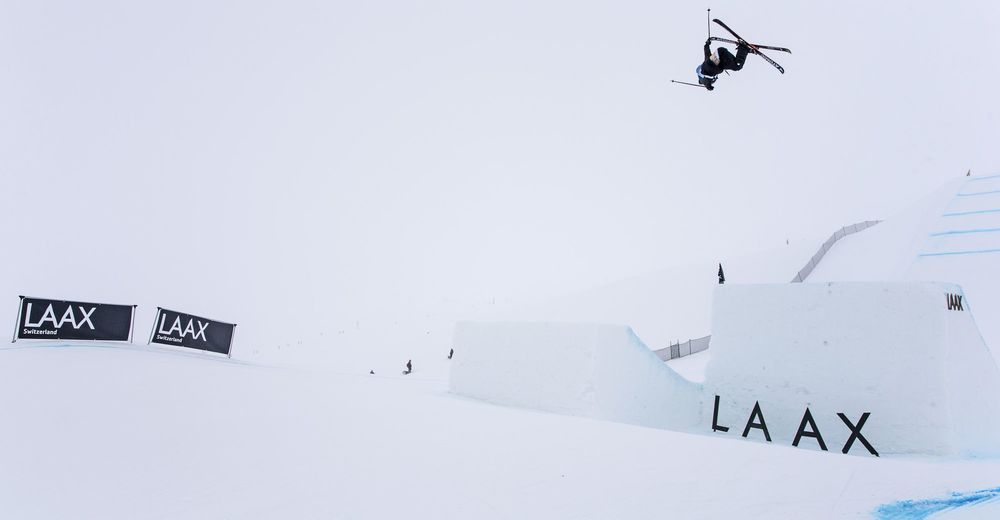 The 9th European Freeski Open LAAX saw great freeski sport and two new faces on the top of the podium: 14 years young Kelly Sildaru from Estonia and Gus Kenworthy, 24 years, from USA are the slopestyle title winners of this prestigious international AFP contest travelling home with best impressions and a prize cheque of 5.000 CHF and 10.000 CHF.

Hundreds of spectators lined the course and whooped the 6 women and 10 men for their final performances. The slopestyle contained six features, starting with a rail-combo followed by “the wave” leading into the 3-kicker-line and ending up in a multiple obstacle, a quarterpipe with optional redirect lip and a flat down rail. Each rider had three runs, best one counted.

Starting at noon under the sun were the women. The favourite made it: after winning earlier this winter the Slopestyle gold medal at the X-Games, Kelly Sildaru collected another valuable victory. The judges attributed her for tricks like the back to back 9 combination on the kickers with 95.16 points. “I’m very happy to be in LAAX and super stoked about my high score,” said Kelly. Back in track after injuries is US rider Keri Herman. With her second place she proved that also a lady in the age of 33 is able to fly over the kickers and slide the rails with style. 2011 EFO winner Emma Dahlström, 23 years from Sweden and familiar on international podiums over the past years, became third. Three freeski generations smiling on the women’s winners photo – what a beautiful image!

Challenging conditions asked the 10 male finalists for patience in between the runs. Fog patches racked time by time into the course and left the competition on hold. Nevertheless the riding level and the trick show were amazing.

In his third and decisive run Gus Kenworthy pushed himself on the top of the ranking. Especially with his massive hit on the final quarterpipe feature he convinced the judges, earned 92.50 points and relegated Felix Usterud (NOR) and James Woods (GBR) to second and third place. Oystein Braten (NOR, 4th) missed the EFO podium for the first time since 2014. Swiss World Cup Overall winner 2015/2016 Andri Ragettli ended in his home event in LAAX on a presentable fifth place.

Aside from his victory Gus Kenworthy is crazy about his first stay in LAAX. “I love the full package of LAAX. The view from the mountains, the parks, the Pro-Line, hanging out in the Caffè NoName, having WiFi everywhere and having great places in the rocksresort such as Nooba and Burgers.”

This statement made by the several X-Games winner and EFO 2016 champion confirms the leading position of LAAX as one of the most progressive freestyle resorts all over the world. The engagement, know-how and passion for over 30 years pay off.