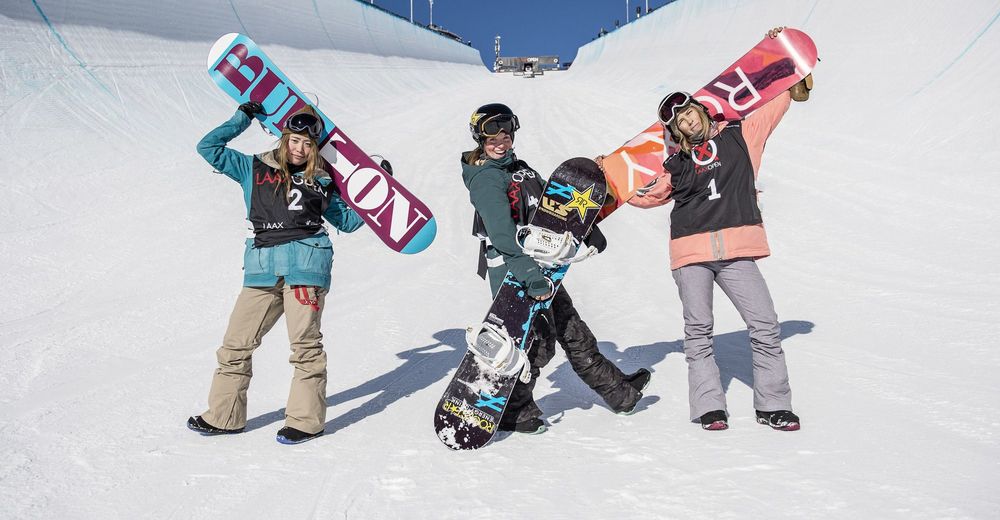 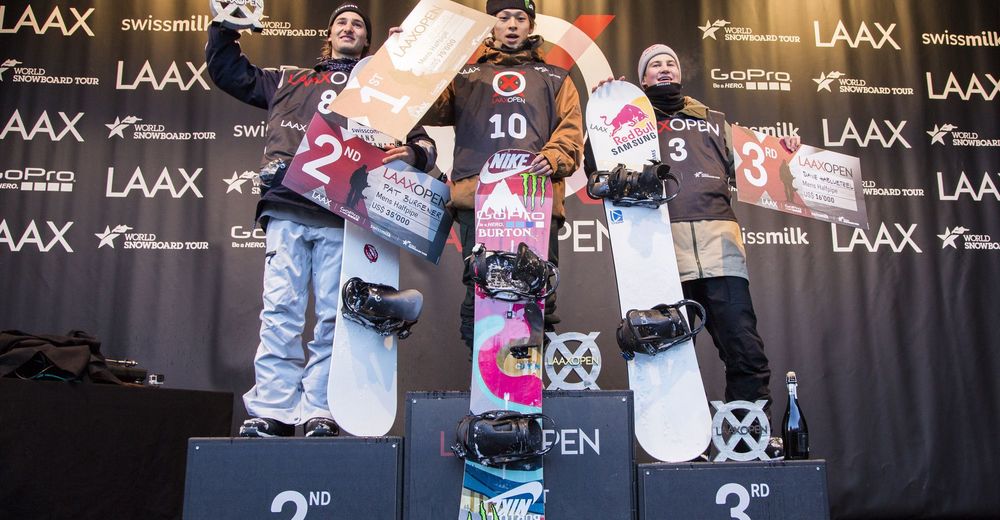 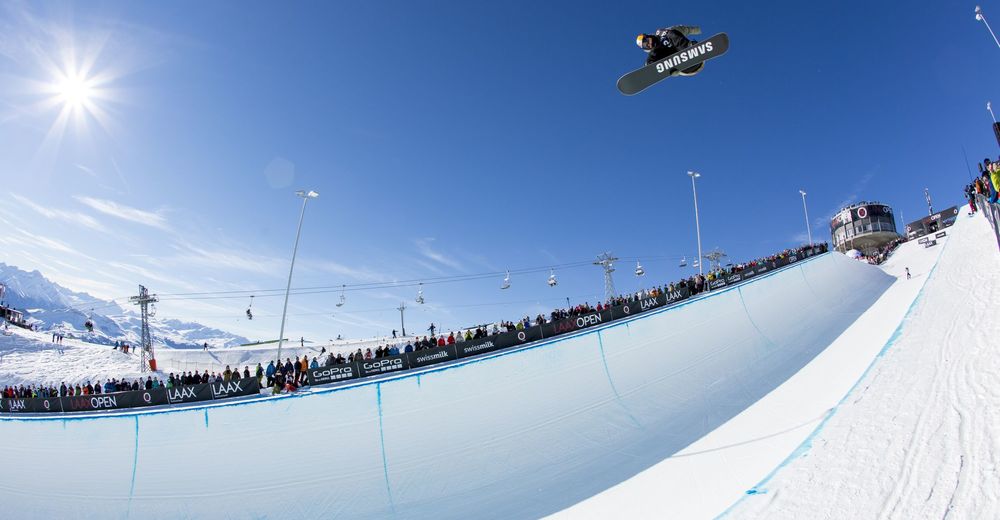 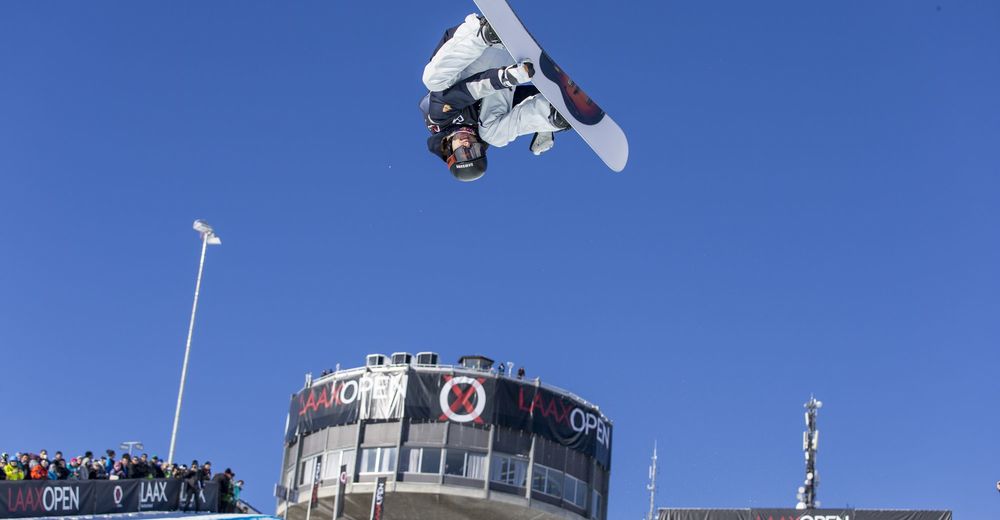 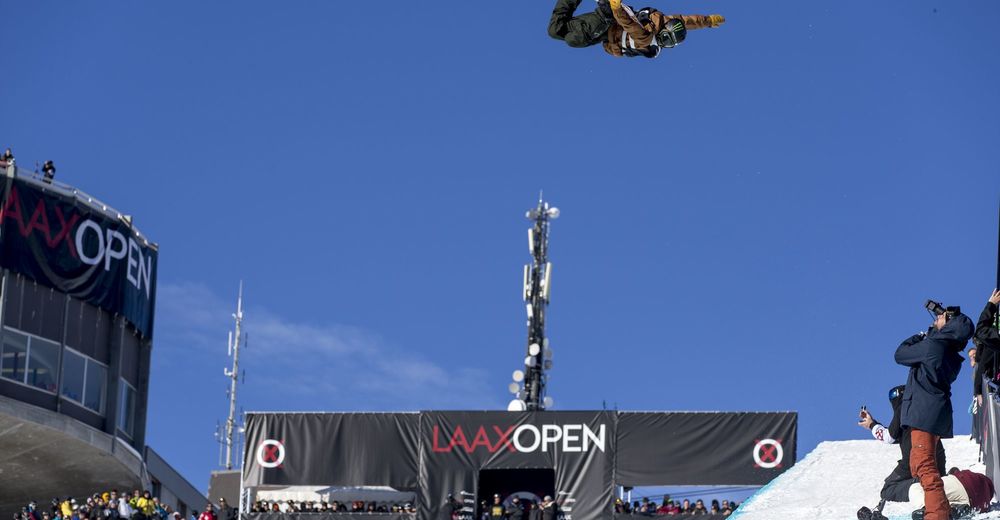 On an absolutely stunning day, 12 men and 6 women took to the largest halfpipe in the world, at Europe’s premier snowboard event — the LAAX OPEN. During the riders three runs the battles got crazy, making it difficult to predict who would win, but in the end it was Japan’s, Ayumu Hirano, and USA’s, Arielle Gold, who went away 2016 LAAX OPEN Halfpipe champs, $75.000 and $45,000 USD richer.

After coming into the finals in the top spot, Hirano kept it interesting, stomping the best run of the day during his last run, scoring a 91.37. The 17-year-old is no stranger to the podium. He won the 2013 Burton European Open title in Laax at just 14 as well as an Olympic silver medal, but he was very happy to end up first here today in Laax.

Switzerland natives, Patrick Burgener and David Habluetzel, definitely made their home country proud. Burgener, who was winner in the juniors event at the BEO just a few years ago, ended up making it through qualifications, onto semi-finals, then held together a massive run for a second place spot with his score of 88.87. “I had such an incredible week here in Laax, because I got to combine two things I love: snowboarding and music. I had a great time playing two concerts and a lot of fun in the halfpipe. I am super stoked that I made it on the podium.“

19-year-old, Habluetzel, kept it interesting as well during his first two runs, but during his third, put together a solid run, scoring an 88.62, enough for third. “The riders always throw down in Laax because the pipe is so good,” said Habluetzel. “I was stoked to put together a good run and win third today.”

For the ladies, it was Olympic gold medalist, Arielle Gold’s day, riding flawlessly and throwing down some technical tricks including Cab 900s. She took her first ever victory lap on her final run, since her second run score of 90.12 held to the end. Headjudge Sandy McDonald said: “This was the best woman halfpipe run in history!” “I am so happy,” said Gold. “Today couldn’t have gone better. Laax is one of my favorite places in the world. We got some pow like expected, and had a perfect sunny day for the finals.”

Australia’s, Torah Bright, was also riding super well, finishing in second with a score of an 84.12. 20-year-old, Hiraru Oe, from Japan, was going big throwing massive method airs and Haakon flip. She also left smiling with her third run score of a 77.74.

Since Women’s Slopestyle Semi-Finals was postponed due to weather yesterday, the 12 ladies were cut to 6 earlier today, setting the bar high for the finals tomorrow. Tahoe’s, Jamie Anderson, who is right off an injury, came in on top with an 89.00. Last year’s Burton European Open champ, Christy Prior, came in close behind her with an 86.25 and Japan’s, Miyabi Onitsuka, next with an 82.75.

Men’s and Women’s Slopestyle Finals will close out the 2016 LAAX OPEN tomorrow, Saturday January 23, beginning at 10:30am LT. All of the action will be broadcast live at www.laax.com/open so be sure not to miss it.